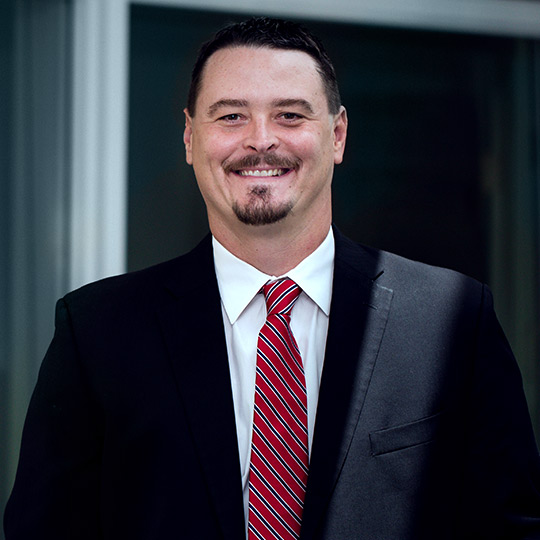 Mr. Donald M. Murphy is a partner at Lemp & Murphy, P.C.  Mr. Murphy’s practice focuses on injury related claims. He has presented numerous cases to arbitrators, administrative law judges, circuit courts, juries, review boards and courts of appeal. His practice is split nearly evenly between Missouri and Illinois, with clients requesting his services at locations all across both states.

Don has been in the business of research and persuasion since his high school days, when he was the Illinois High School Association state debate champion. This experience led him to Western Illinois University, where in 1998 he was named the National Educational Debate Association national champion. Also in 1998, Mr. Murphy graduated from WIU, with a double major in Political Science and Communication.
Don attended law school at the University of Wisconsin Law School in Madison, WI.  While in law school, Don was a research assistant, a member of the moot court board, and the President of the Federalist Society.

Mr. Murphy is licensed to practice law in both Missouri and Illinois.  He is also admitted in the United States District, Southern District of Illinois.

In addition to injury cases, Don also has recently begun devoting a portion of his practice to addressing legal issues faced by outdoorsmen.  These issues tend to include land leases and liability waivers.  In all of these areas, Don focuses on finding creative solutions to difficult tasks faced by his clients.
Don also serves as an arbitrator in St. Clair County, Illinois, serving on a three member panel to assist in the resolution of civil litigation claims.

When not working, Don enjoys fishing, hunting, and taking in his kids’ sporting events.  Don is also the coach of an up-and-coming youth soccer team that he is certain is just on the cusp of greatness.